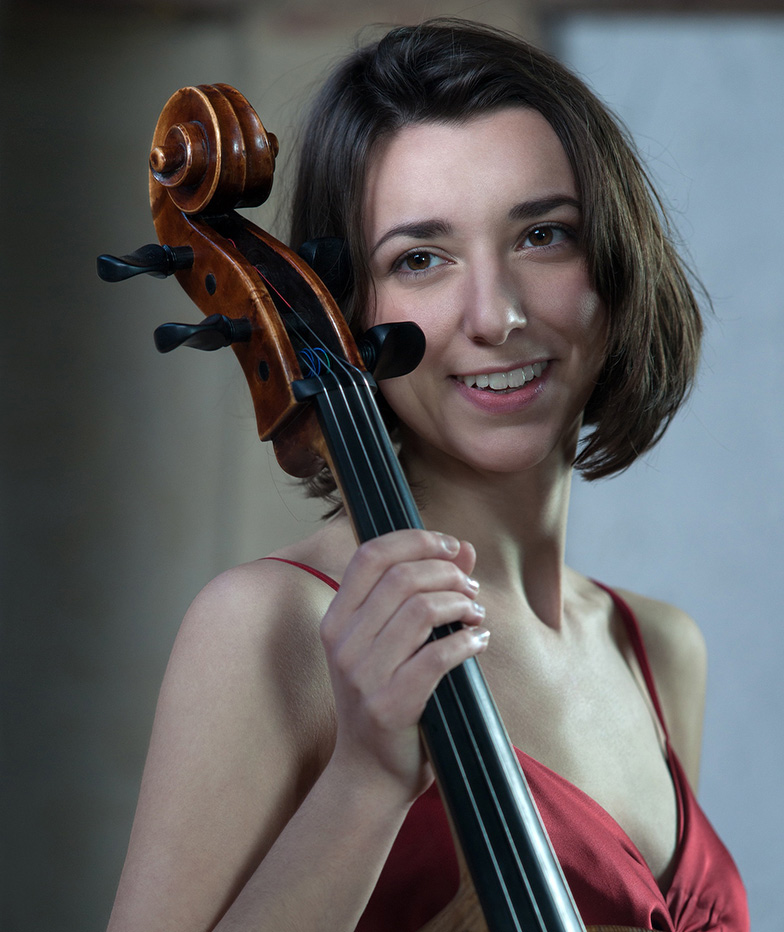 She is prize winner of national and international competitions as Brahms International Cello Competition, International Cello Competition in Liezen/ Styria, “Prima La Musica”, Austria, Lions Austria Music Competition.
She was a scholarship student at the Karajan Stiftung in Vienna and at the Accademia Chigiana in Siena, Italy.
In 2011 she won a prize grant from the Rahn Kulturfonds in Zurich, which placed a master cello at her disposal.
Born into a Greek family of musicians in Vienna, Cristina started her cello studies at the age of six with Prof. Vladimir Malinovsky.

Since 2005, she has also worked intensively with Prof. David Grigorian in Munich.
At the age of fifteen she met the renowned cellist Antonio Meneses and was asked to join his classes at the University of Arts in Berne where she graduated her studies under a scholarship of the Onassis Foundation Greece with a Master Performance Diploma in 2015. She also holds a graduate diploma from the Thornton School of Music at the University of Southern California, Los Angeles, where she studied with Ralph Kirshbaum.
In addition to her studies she has worked with renowned musicians such as Natalia Gutman, Frans Helmerson, Thomas Demenga, Claudio Bohórquez, Gustav Rivinius, Leonid Gorokhov, Alban Gerhardt, Benjamin Zander, Paavo Järvi, Neeme Järvi, Belcea Quartet and Hagen Quartet.
Cristina is also an enthusiastic teacher and gives masterclasses in Austria, Greece, Italy and Switzerland.
The young cellist is playing on an instrument made by Antonio Gibertini in 1844.